This week Focusrite launched  iTrack One Pre for iOS. This is a cool looking micro single Microphone pre-amp and D 2 A converter. So small is the iTrack One Pre you could record with it anywhere. 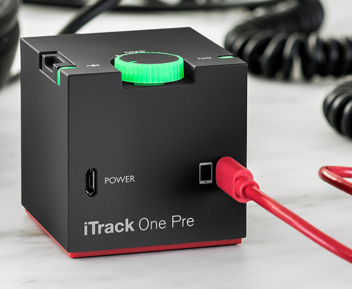 The one change I would like to see changed in the next form factor is a headphone jack. Apple is removing them which would make this item useless with my iPhone 7 plus. The new lightening connector head buds from Apple will work on any iOS 10 device. This indicates a standard that I assume will part of the new iPad launch this month.

I suspect if a headphone jack is added to the iTrack One Pro I will own one. I think the design is a really good idea.

The Importance of Being Rob