For this Minstrel, life’s great moments can be few and far between just like anyone. When those moments manifest themselves in such a magnificent lovely way, I can’t help but glow with Gratitude. Thank you universe :)

Last night I spent the night with the girl I love, recorded audition tracks for some of the most amazing Prog musicians in my Community, Was gifted Logic X by my best friend and created music with that friend for the entire afternoon.

Dam it feels good to be a Gangster!

Last Night I had the distinct pleasure of engineering Savanna Coen’s House Party for her next CD. Savanna is an amazing talent, she just never hits a bad note ever! She sings so in tune and on pitch one can’t help wonder where Savanna channels her inner mojo from. Last night she played a cover of Desperado by the Eagles that made the hair on my neck stand straight up like an ally cat drippn’ of a hot biscuit.

I’m fortunate to play music with Savannas father whose a great harp player and shares my driven passion for music education in a county that has zero dollars allotted for it in the public school system. For the next two weeks I’ll be tirelessly locked in my studio mixing and mastering this 17 song set. I wish I could share some with friends and family now but, since I can’t, here’s Savanna playing with Buddy Guy live. Listen to this 14-year-old belt it out like a seasoned pro who’s been on the road her whole life and enjoy. Thus, also share in my gratitude for this week.

Why do you ask do I adore these insane people? Because they are most awesome human beings to co-exist with! Case in Point…. This first image is taken at 4:52 Pm and resides in a room full of the most lovely insane people on this good earth. EAR! 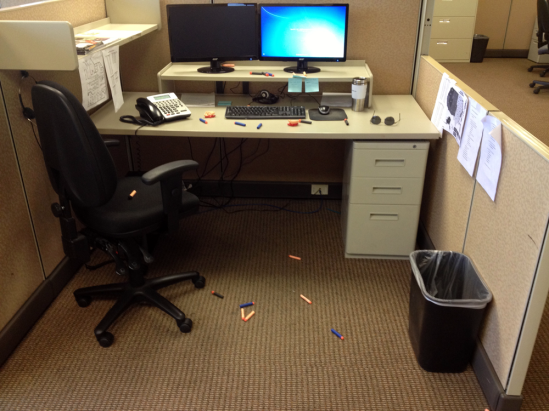 This image is the flip side 180 degree flip-flop i.e. the backside of the image above… YAY! 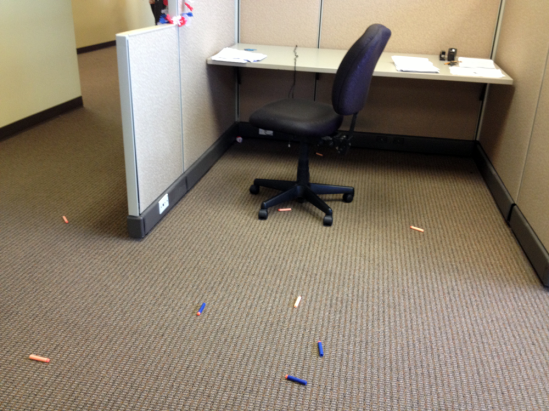 This last image is my total ultimate favorite! This is… let’s call him “A.” This is his Hot Sauce Ball! OMG OMG OMG WTH ! The SR. Systems admin has this little hot sauce widget (that’s a technical term) in his space, others bring him offerings often to add to the “hot sauce Borg collective hive.” Resistance is futile! :D 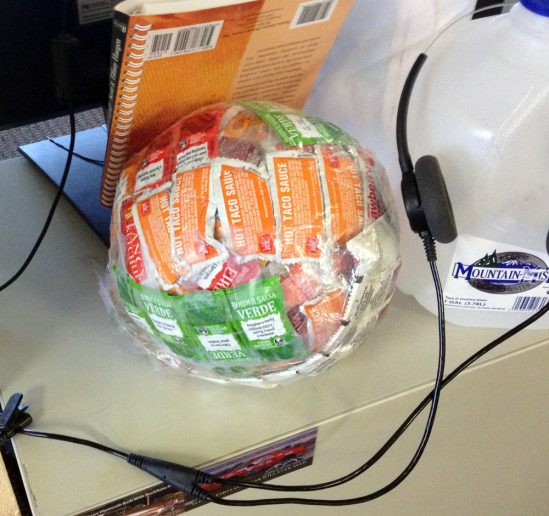 This Year I’m so grateful for my most treasured awesome INSANE people :)

My day was so awesome! I’m Grateful in ways that are new powerful experiences. Key word gratitude, it’s what’s for lunch!

I had the most amazing experience at the The David Minor Theater tonight that was so powerful and surreal, I would have to classify it as spiritual. I saw this amazing film titled “Searching for Sugar Man” about a folk rock / pop star from the early 70’s who’s career bombed after his second album release. Unbeknownst to the films protagonist Sixto Rodriguez he had become a huge Platinum selling icon in South Africa with Anglo protestors of apartheid subsequently starting a musical protest movement commonly known as the “afrikaans music revolution.” Soon after his popularity came into focus the sick twisted apartheid government planted a false propagandist story country-wide that “Rodriguez” has committed suicide on stage to squash the love of his music. As all history teaches us humans over and over it vaulted him to martyr status amongst South African youth. When will these d-bags ever learn?

Rodriguez so inspired music executives at the time of his budding recording Career no expense was spared in the production of his compositions for vinyl release. His first album “Cold Fact” was produced by Dennis Coffee of the infamous Funk Brothers responsible for hundreds of hits for Motown. Dennis Coffey is so iconic he introduced the world to the Wah Wah pedal on the Temptations Psychedelic Soul hit Cloud Nine forever changing the landscape of popular music and electric guitar. This amazing record was also co-produced by industry heavyweight Mike Theodore (Nelson – Wu-Tang Clan) who’s musical pedigree is near untouchable in the artist realm. Lastly, Bob Babbit the iconic amazing Elvis of funk played Bass and arranged this record. Names such as these are unheard of working on a sophomore release let alone a debut album, however record executives know the goods when they hear it. This was something they clearly believed in simply assesed by the talent they brought forth into the sessions.

Although Cold Facts failed to break into the main stream his label Sussex Music appointed Steve Rowland to produce Rodriguez’s next album. Who is Steve Rowland you ask? He signed Peter Frampton, The Cure and the Thompson Twins and was involved in production and management of these amazing artists, that’s who Steve Rowland is. Clearly the powers at be in the executive branch of record company-ville saw dollar signs in their eyes. In listening to this album you can see why this is and what it is in an artistic sense. I’ve listened to few singer song writers in my estimation that can compose on the level of Dylan, Woody and Jimi but Rodriguez does it for me. I’m hair on the back of my neck standing up straight inspired by this amazing singer songwriter.

As for myself I retired from this film to absorb the knowledge of the entire interwebz for simple reason. The film’s soundtrack was brilliant but… OH MY FUCKING GODS this man is amazing. One listen is all it will take most humans IMHO.

The Importance of Being Rob